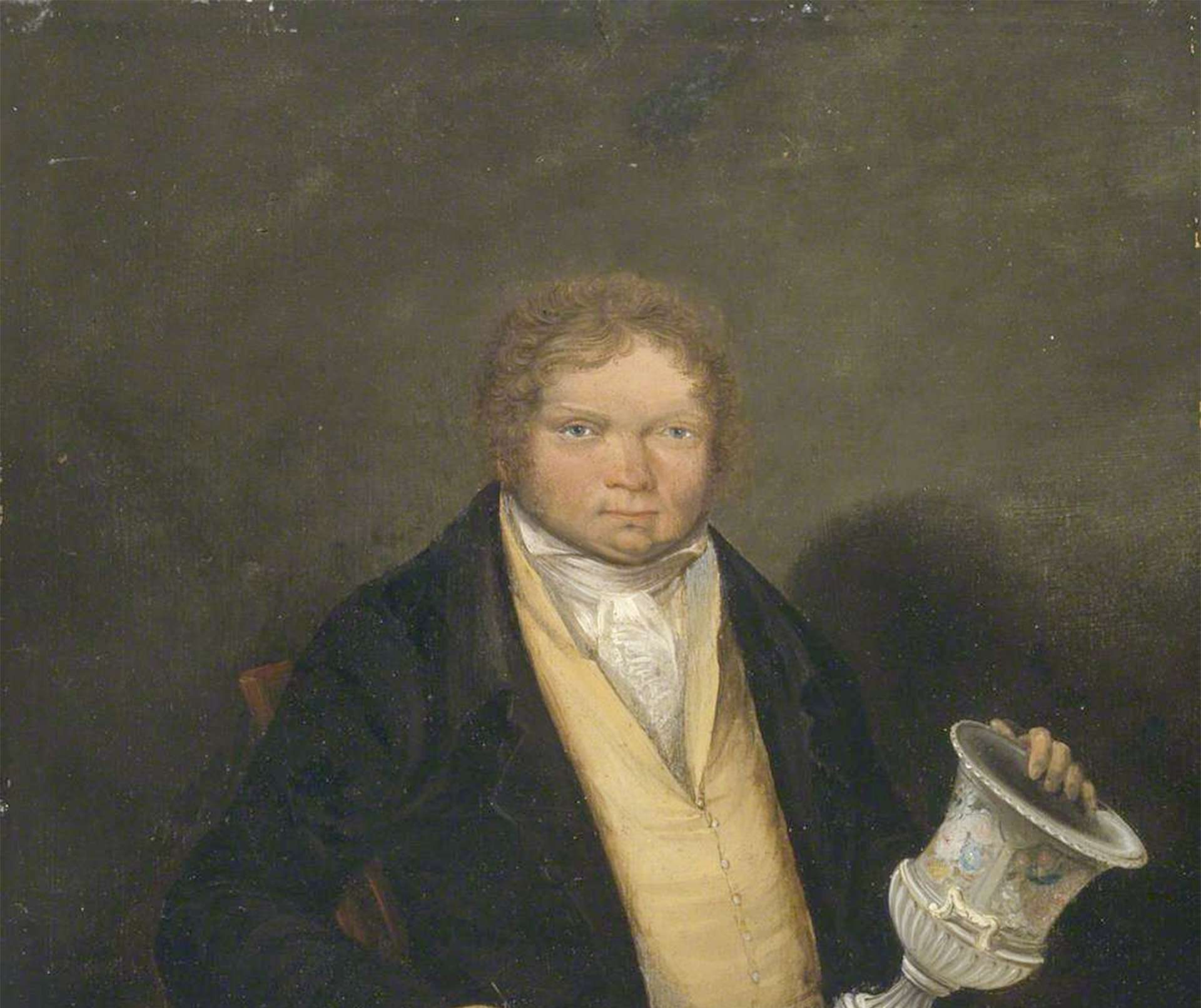 When William Billingsley and Samuel Walker left Nantgarw there remained a considerable quantity of undecorated ‘in the white’ porcelain.  William Weston Young, in order to recover some of his loses bought the remaining stock and equipment and invited enameller and decorator Thomas Pardoe from Bristol to decorate the porcelain.

For the next two years Thomas Pardoe helped by his son William Henry decorated the porcelain. Thomas Pardoe was a noted painter of flowers and birds on porcelain and earthenware and had worked as a ceramic painter at Derby, Worcester and Swansea. He was familiar with and a great admirer of Nantgarw porcelain.

The aim was to produce more modestly priced porcelain for sale in the local market. Despite their simplicity they are full of charm. A final sale took place at the Nantgarw works in October 1822.

Thomas Pardoe remained at the Nantgaw until his death in July 1823. He is buried in Eglwysilan church which is also Lavinia’s resting place.

Over the next ten years the factory remained closed while William Henry Pardoe plied his trade in Cardiff as a China and glass enameller as well as a retailer of clay pipes.

William Henry and his wife Mary had a large family of fourteen children although several died in their early years. Upon William’s death in 1867 the business was taken over by his widow and younger sons. Percival Pardoe continued to run the factory until his death in 1920. By this time the introduction of cigarettes had killed the market for clay pipes and the factory closed.

Descendants of the Pardoes continued to live in Nantgarw House until the 1970s after which the house and former China Works site were abandoned and fell into disrepair.