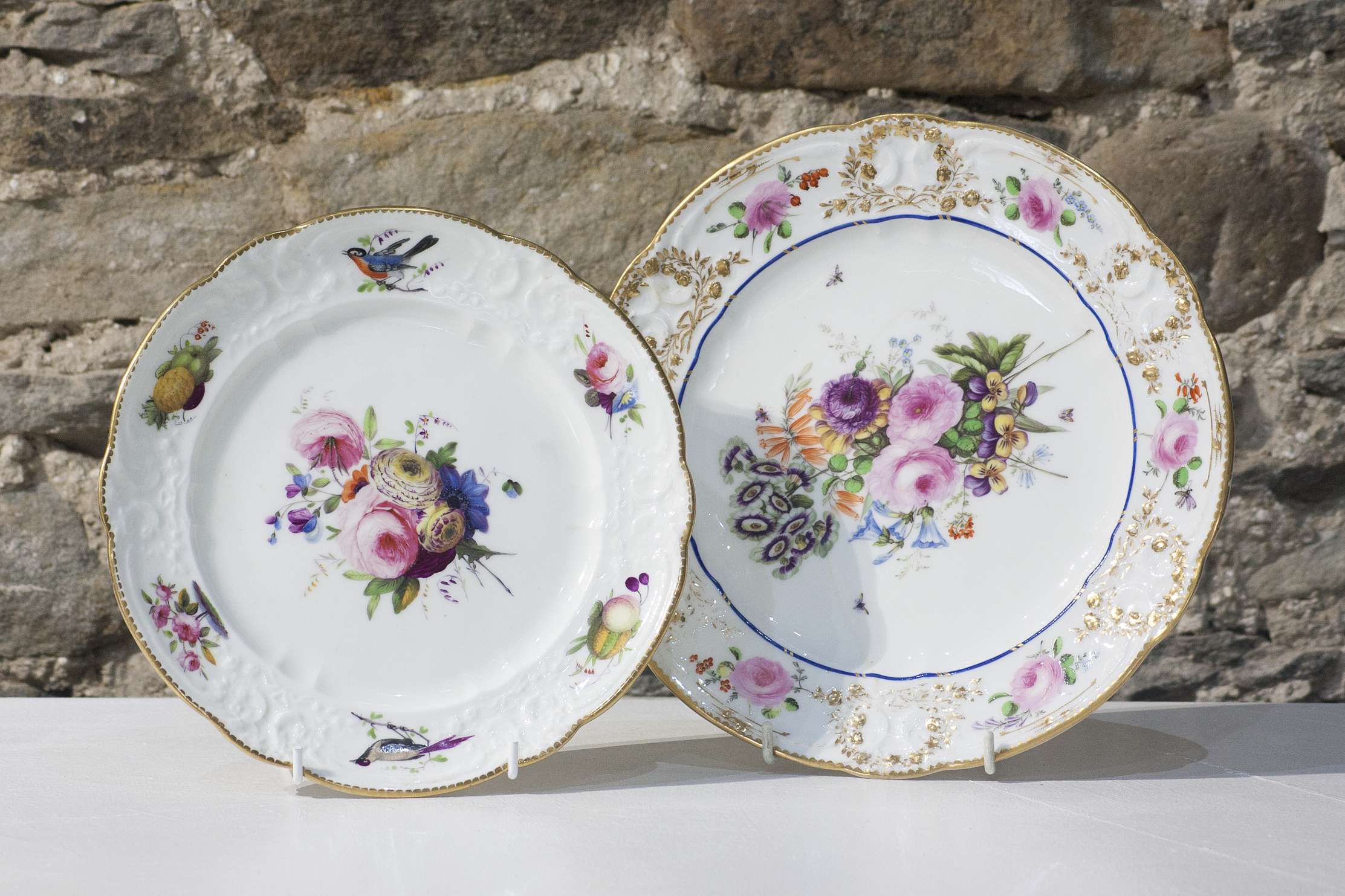 He is particularly associated with the rose which he painted in all its aspects. He introduced the new style of painting known as the wiping out process when painting flowers. The ‘Prentice Plate’ was used in the Derby factory as an example of the standard that was expected of new apprentices.

After experimenting in firing porcelain in a small kiln installed at his home, Billingsley decided to leave Derby in 1795. Be the decoration so fine, its beauty could never otherwise but be marred by an inferior body and this Billingsley knew well.

He moved constantly and worked at a number of different potteries. At Torksey, Lincolnshire he first came into contact with Samuel Walker, who later married his daughter Sarah in 1812. The family arrived at Flight Barr and Barr’s porcelain factory at Worcester and between 1809 and 1812 Billingsley was instrumental in refining its porcelain recipe whilst Walker developed new kiln designs.

Their departure from Worcester was abrupt and followed the end of their period of contract. Billingsley and Walker were bound by the owners in the sum of £1,000 not to disclose to any third party details of the ‘new method of composing porcelain’ which they had developed at Worcester.

Their arrival at Nantgarw late in 1813 and the subsequent story can be followed elsewhere on this site.

Following his departure from Nantgarw, Billingsley worked for the Coalport China factory. He died on 16th January 1828, almost unmourned and was buried in an unmarked grave in the parish of Kemberton near Coalport.